POTUS and how it effects your finances

Home/Uncategorized/POTUS and how it effects your finances
Previous Next

POTUS and how it effects your finances

In the next two days, we will find out who will be the next president of the United States of America. At Prosperous we like to think we prep our clients well to expect market ups and downs. In fact, we have been criticised for over emphasising the downs. That’s why when earlier this year Brexit happened we were pleased to only get a phone call from 1 client who was worried about their investment portfolio.

Running up to this election we have had a 3-fold increase in the number of clients calling us worried about the US election. We have had 3 calls.

To be fair because of the prep we put into helping clients understand the markets this is probably not a fair reflection of the general population. (In fact I am little disappointed 3 people felt the need to call us, we must be doing something wrong)

Let’s assume the general investor out there is worried about the election. We have just had 8 days of markets declining and then a positive statement from the FBI about the Hilary Clintons emails sees the market bounce by 2%. So why wouldn’t you be worried? Surely we have never been here before, this is uncharted territory? If Trump wins are markets going to fall apart?

The answer is they might, but the reality is nobody knows. But the most important question for the long-term investor is, does it matter?

But what about looking at it at party level, the fact that there is an election in any given year may not rock the markets but who wins surely will?

Obama, Clinton, Carter, Johnson and Kennedy all have positive annual S&P 500 returns for the period of their presidency, surely that means the democrats are better for the markets.

But so too did Bush (the first one) Reagan, Nixon and Eisenhower. In fact The second Bush was the only one to see negative annualised returns during both his terms in office but he had 9/11 and the start of the GFC to contend with, were they his fault? 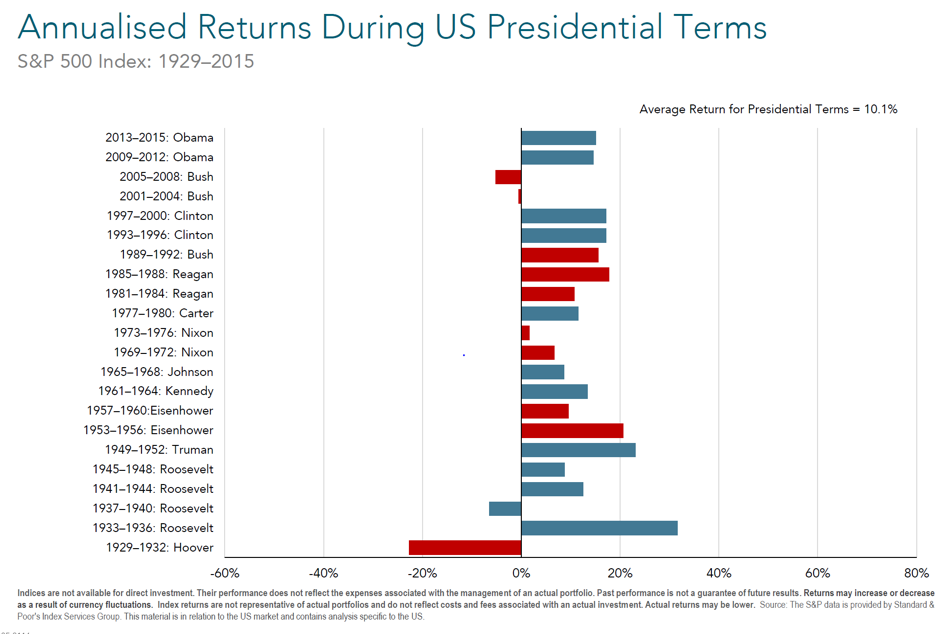 What if we look for a pattern a little deeper? To cut to the chase, we can’t find a pattern here either.

Below is a chart of monthly returns of the S&P 500 from 1926 to June 2016. You read the chart by counting the grey boxes. The more grey boxes in a band the more times that return has come up.

You then look at the colours in the chart to where the months an election happened and it is divided by colour to show who won that election. If you look real close and study the trend as best you can, take some time at this, you will find there is absolutely no pattern behind election months, election winners and monthly returns of the S&P 500. 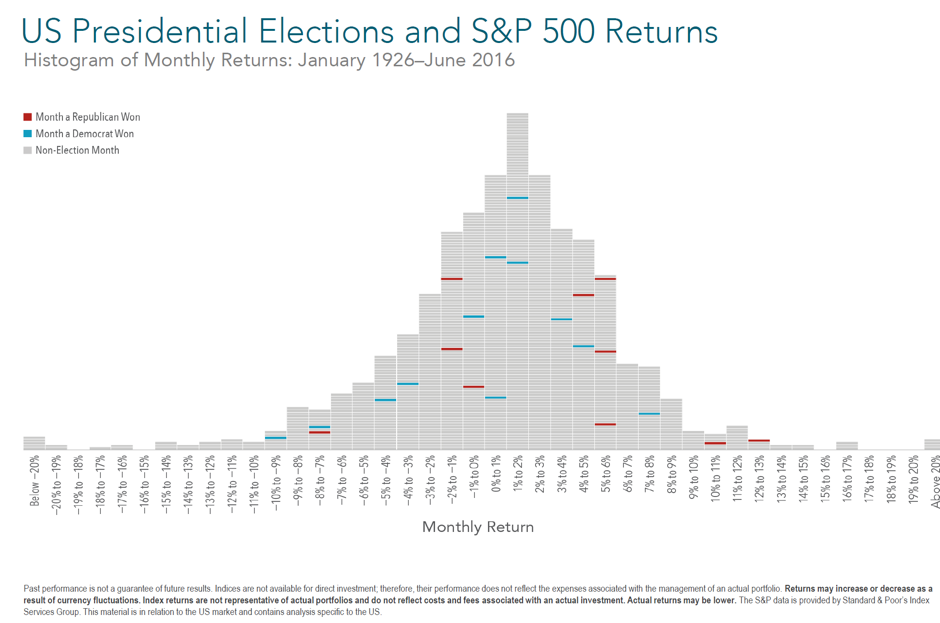 But sometimes hidden behind monthly or yearly figures is a long-term trend. We divided up the annual returns and graphed the entire market and colour coded them based on who was in power. Again, the only trend is over the long-term markets tend to go up, regardless of president. 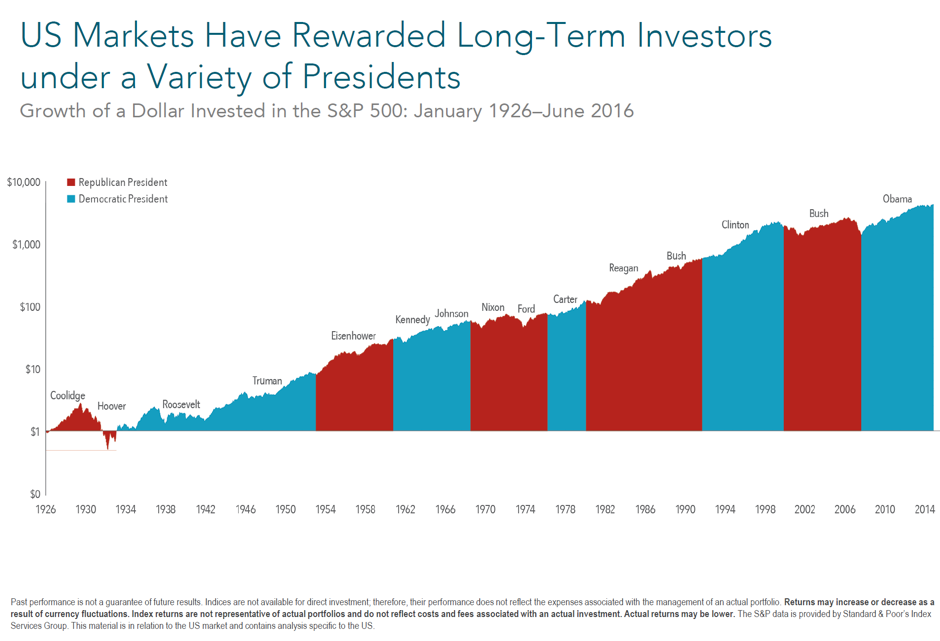 The 7 golden rules for long term investors are:

Markets might rally or drop in the next few days, I have no idea. I won’t say I don’t care but I will say I won’t lose sleep over it and I hope my clients won’t either.

N.B. We would like to thank Dimensional Fund Advisors for the data they provided us with for this post.